Abu Dhabi is currently hosting the Special Olympics, running this year from 14th – 21st March.  Here’s the lowdown of everything you should know about this inclusive sporting spectacular.

What Is It All About?

The Special Olympics is a series of worldwide events showcasing Olympic-type sports held every two years.  What makes these games different from the Paralympics is the rule that only those with “intellectual disabilities” can compete.  It’s been running for over 50 years and aims to generate more social inclusion for those who compete.

Where Did It All Begin? 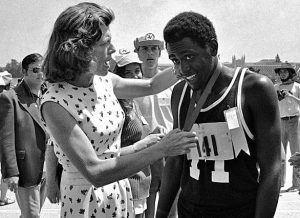 The first games were held in 1968 in the back garden of their founder, Eunice Kennedy Shriver, sister of the future president, John.  The games have certainly come a long way since their humble beginnings and now, 51 years later, it’s Abu Dhabi’s turn to host this biennial event.  Now its 26th year, the knock-on effects of the Special Olympics have been felt throughout the world.  After over 30,000 people across Ireland volunteered to help at the 2003 games held in Dublin, the Government took note and made positive amendments to their Disability Discrimination Act.

What Should I Expect From the 2019 Games?

This is the first time the games have been held in the Middle East and there’s been a huge buzz and lots of expectation about the event.  Being the UAE’s capital, Abu Dhabi is heralded as the most progressive city in the Middle East in terms of supporting those with intellectual or physical disabilities.  The buildings and public spaces are very contemporary and usually cater well for those with any physical disabilities. 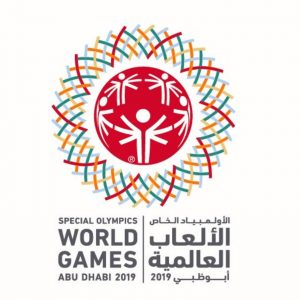 Which Sports Are Involved?

There will be 24 sporting events taking place with a mixture of individual and team events.  Watch out for sports such as beach volleyball, judo and even roller skating.  There are some great GB contenders to watch out for this year.  Shane Baxter, a 20-year old gymnast from East Anglia has previously won gold medals at the National Games and now is determined to bring home more from Abu Dhabi.  Also keep your eyes peeled for 28-year old Hetty Bartlett, a runner from Ipswich.  No stranger to the Special Olympics, she has previously won a mind-boggling 28 medals and is now planning to add to her collection in the UAE.

How Can I Get Involved?

Though the main event may now be underway, you can still get involved in events held by the charity Special Olympics GB closer to home.  The charity hosts around 100 events alongside the world games so there’s plenty to get stuck into!