Actress Sarah Gordy recently lit up our television screens as Sally Harper on the acclaimed television series, Call the Midwife.  Her acting career has steadily been going from strength to strength and last year she was awarded an MBE for services to the arts and disability.  She also happens to have Down’s Syndrome. 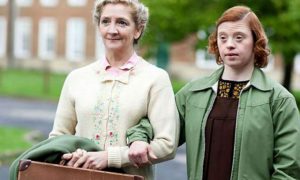 Sarah caught the acting bug at a young age when she would perform plays in her kitchen.  What started as fun however turned into something more when she was headhunted for a role.

Sarah says: “I didn’t plan to become professional but I was scouted for the part of a character with Down’s Syndrome for a complicated role.  Filming came naturally to me and people kept asking if I’d acted before.”

Breaking Into the Industry

Buoyed by the acclaim, Sarah decided she would like to act for a living and set about making a name for herself the industry.  She starting off with appearances in adverts and short films, she then secured a role in the popular drama, ‘Peak Practice’.  Sarah then landed her breakout role in ‘Upstairs Downstairs’ – establishing her as a well-known face on our television screens.

While Sarah acts for the love of performing she also realises the effect that she’s had in changing attitudes towards disabled people.  Her characters help shine a light on issues relating to disability and inclusion within the industry.

Sarah explains: “Every time I’ve played a part, it’s encouraged writers and other creatives to be more ambitious in creating better characters.” 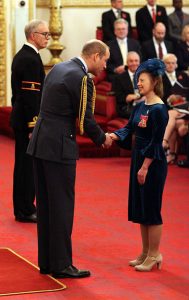 While Sarah’s acting career is flourishing she has recently taken on her most important role yet –  that of disability rights activist.  As an ambassador for Mencap, the learning disability charity, Sarah has been heavily involved in their #HereIAm campaign.  It aims to emphasise the importance of seeing the person, not the disability.

Sarah explains: “Mencap’s work is so important.  They do a lot to improve the lives of those with disabilities and I will always do what I can to help.”

You can click here to check out Mencap’s website where they offer advice and support on learning disabilities.