For many people looking to start their career, joining the police can be an attractive option, offering an exciting and challenging path.  Ollie Rees is one such recruit.  What sets him apart however, is that Ollie is one of several disabled police officers in the UK. 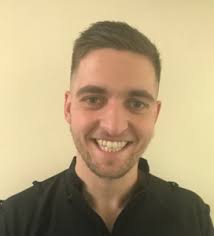 Ollie’s been a police constable for Hertfordshire Constabulary for over a year and is relishing the challenges the job gives him.  But it hasn’t always been like this.  Ollie lives with a form of cerebral palsy known as muscular diplegia.  Due to a weakness in his muscles, Ollie must use twice the amount of muscle power to complete the smallest of tasks.  While he’s developed day to day strategies to make his life easier, he wasn’t sure how his disability would affect him when he made plans to realise a long-held dream – joining the thin blue line.

Ollie says: “Due to the nature of my disability I simply wasn’t sure if I’d be let into the police and it seemed like there was absolutely no-one I could talk to about any queries or worries.”

“My disability doesn’t affect my way of policing.”

To add to this, Ollie was told by misinformed friends and family that he wouldn’t be accepted.  Instead of listening to them though, he forged ahead with his dream and applied.  The tough application process highlighted how much his disability affected him.

Ollie explains: “I remember feeling physically sick when filling out the application form when it came to the questions about disability.  I was so worried that it would have an impact on my chances of being successful.”

He needn’t have worried after discovering Police Now, an organisation championing equality and diversity in the police force.  They supported Ollie every step of the way through the application process and until he was fully trained.  He was assigned a development officer to help him excel in his position.  Ollie credits Police Now with helping him forget his disability and building his confidence so he is able to concentrate on being the best he can be. 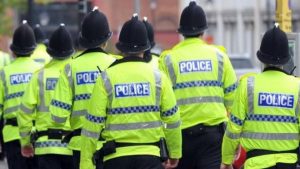 He states: “My disability doesn’t affect my way of policing.”

Hopefully, the development of Police Now will see the force becoming more representative of the everyday population.  Ollie suggests that while diversity should be celebrated, people should focus more on looking past differences and see we’re all the same.

He concludes: “Officers like me who have disabilities are just like every other officer.  We are no better or no worse, we’ve just had a harder journey, that’s all.”