October is Downs Syndrome Awareness month. To support the cause, national charity ‘Wouldn’t Change a Thing’, has been getting creative.  Musical members of the organisation have helped produce a catchy single, ‘#WCAT’, and an attention-grabbing music video to challenge perceptions.  The song is part of a wider campaign, #OurTruth, where parents of children with Downs Syndrome celebrate diversity and educate others about the positive aspects. 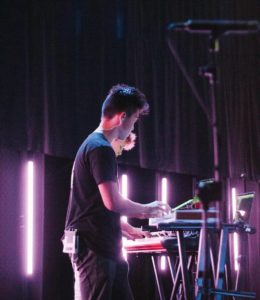 Music to Our Ears

The urban inspired track was written and performed by hip hop duo, The Bitterati and produced by Simon Frankland.  Simon works in the music industry and has a daughter, Neive, who has Downs Syndrome.  The lyrics to the up-tempo track celebrate differences and centre around the message, “when it comes to you, I wouldn’t change a thing.”  Accompanying the single is a slick and colourful music video starring a host of young people singing and dancing.

Producer Simon said: “I was so honoured to be given the opportunity to produce a song that would deliver a clear message about diversity within our community and specifically people with disabilities.  The title ‘Wouldn’t Change a Thing (#WCAT)’ is exactly how I feel about my daughter Neive.”

A Viral Campaign for Change

The release of a single might be new territory for the charity but Wouldn’t Change a Thing is certainly no stranger to finding creative ways to raise awareness of Downs Syndrome.  The charity was established in 2018 after a group of parents filmed a video called ’50 Mums, 50 Kids, 1 Extra Chromosome’.  The film showed parents and their children singing along to a pop song using Makaton, a communication method similar to sign language that uses a combination of speech, symbols and signs.  The aim was to show the world that having a child with a disability might mean some additional challenges but certainly wasn’t lacking in joy.  Since then, the charity has dreamt up all kinds of ways to challenge stigmas and have fun with it, the new single being the latest one.

Jamie McCallum, dad to seven-year-old Rosie said: “It doesn’t say we don’t have bad days. But the realists among us know that this goes hand-in-hand with the fact that some of the most enriching experiences we’ve ever had are also because of Down Syndrome.”

Check out the music video for ’#WCAT’ on YouTube now.  Also keep your eyes peeled for the bigger campaign, #OurTruth, featuring a range of short films and interviews in the coming weeks.

Simon concluded: “My friends and colleagues in the music industry…have pulled out the stops to be involved and produce what I believe is a ground-breaking, fresh and contemporary song, that we are very proud of.”