Fans of the iconic soap, EastEnders, are eagerly awaiting a new, inclusive storyline exploring one character’s journey in coming to terms with hearing loss.  Writers have been praised for the compelling plot which hopes to increase representation by introducing the soap’s first deaf cast member, played by actress Rose Ayling-Ellis .  Her character, Frankie, will use sign language to communicate with her fellow characters. 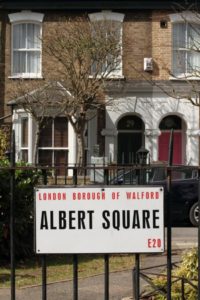 This isn’t the first time the EastEnders writers have touched on the topic of hearing loss.  The character of Ben Mitchell was previously at the centre of a dramatic storyline where he contracted meningitis and was left partially deaf in one ear.  Since then, the character has become known for wearing a hearing aid.  However, in scenes set to be aired in the coming weeks, (spoiler alert!), Ben’s hearing is damaged further and he becomes completely deaf and communicates using sign language.  Rose’s character, Frankie, is set to befriend and support Ben as he comes to terms with the huge change in his life.

The storyline was developed by team writer, Charlie Swinbourne.  As a life-long fan of the show and deaf himself, Charlie has always taken a keen interest in Ben’s storylines.  Alongside Frankie’s narrative, Charlie wanted to increase diversity and highlight the day to day struggles that deaf and hard of hearing individuals often face.

Charlie says: “Being deaf myself and a fan of the show from an early age, I’ve always looked out for Ben Mitchell’s character because he was the one who wore hearing aids!  I wanted to explore how losing more of his hearing affects Ben, as well as how it makes him see the world – and his deaf identity – a bit differently as time goes on.”

Teaming Up to Tell the Story 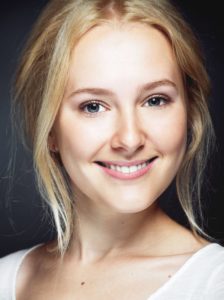 Working closely with the National Deaf Children’s Society, Charlie and the production team worked hard to tell Ben’s story accurately and sensitively.  One of the tools they used was altering the sound to help viewers understand what Ben was experiencing.  They incorporated muffled voices and the ringing noise of tinnitus into the audio so viewers could put themselves in Ben’s shoes and hear the world as he does.  For Rosie Eggleston, participation manager for The National Deaf Children’s Society, this new plot line will hopefully pave the way for more representation and diversity in television.

She points out: “From my work with so many deaf young people, I’ve heard time and time again how demoralising it is for them to never see themselves, their stories or their life experiences reflected in the TV programmes they love.  This major new storyline on EastEnders could turn that on its head, and it’s an important step towards making deaf people’s lives more visible and better understood.”