Public transport can be a lifeline for those of us who don’t own a vehicle.  However, for some users with a disability, public transport can come with its own set of challenges.  A recent survey commissioned by the charity, Scope, revealed that disabled people travel one third less than those without a disability.  To address this, the Department for Transport has unveiled ‘It’s Everyone’s Journey’, a campaign focused on the accessibility of public transport and how to improve it. 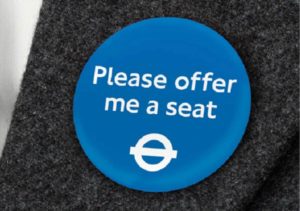 Scope revealed a massive 80% of disabled travellers felt stressed using or planning a journey on public transport.  The reasons for these included difficulties with overcrowding, getting on and off trains or busses and appropriate seating.  Worryingly, according to the survey, one in four disabled people disliked travelling because of attitudes from other passengers.

‘It’s Everyone’s Journey’ has already partnered with a number of organisations to make meaningful changes to the lives of disabled travellers.  Next, the campaign will turn its attention to changing the attitudes of other passengers.  Look out for a television advertising campaign hitting our TV screens early next year.  In the meantime, transport companies such as British Airways, LNER and regional bus companies have already committed to supporting the project.  Baroness Grey-Thompson, Paralympian and peer in the House of Lords explains the ultimate aim of the cause.

She commented: “Too many disabled people are being isolated by a service which should be connecting us. If we are really serious about enabling disabled people to be independent, we have to make travelling easier.”

Off to a Flying Start 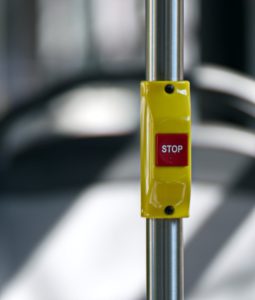 British Airways recently launched Beyond Accessibility, a training programme to help improve inclusivity in their customer service.  They also announced the creation of a specially trained customer care team, along with a dedicated phone line for travellers who need additional assistance.  Elsewhere, the Government has also committed £2 million to improve facilities for bus travellers with visual and aural impairments.  Martin Harris, managing director of Brighton and Hove busses explained the type of improvements travellers can expect.

Martin said: “Everybody deserves to feel happy and confident while they travel. Our entire fleet is made up of ‘talking buses’, where passengers can see and hear next stop and other announcements, such as diversions.”

The Future of Accessible Travel

Though the campaign has only recently been launched, it’s already off to a positive start.  With more companies signing up to support it by the day, it’s clear progress is being made.  After all, it’s everyone’s journey.

For those looking to travel in their own vehicle, thousands of disabled people in the UK have benefitted from the Motability Scheme and the innovative work of manufacturers of wheelchair accessible vehicles, such as Allied Mobility.  In fact there are now more than 31,400 WAVs in use around the UK, thanks to the Motability Scheme.